Sheikh Ahmad Al-Mishri (Egyptian cleric living in Jakarta) commented on the hijab law which was later widely debated by Muslims in Indonesia. Some say that the Hijab is a culture of Arabic. Some even state that the hijab is not mandatory. Na’udzubillahi min dzalik.

“This is a false statement because none of the scholars stated so,” said Sheikh Ahmad accompanied by Ustaz Miftah El-Banjari (Graduate of S-3 Egypt) in a study Monday night at Permata Qalbu Mosque, Pos Pengumben, WestJakarta.

In terms, Hijab is as Al-Munawi explains that the Hijab is everything that covers something that is required to be covered or forbidden to reach it. Among the application of its meaning, Hijab is interpreted as As-Sitr (cover), which prevents something from being visible. Likewise Al-Bawwab (door), referred to as hijab because it prevents people from entering. The origin of the meaning, Hijab is an entity that becomes a barrier between two other entities.” (At-Taufiq ‘Ala Muhimmat At-Ta’arif, 1/136)

Thus, hijab muslimah is everything that covers the things that are required to be covered for a Muslim.

Khimar is clothing for women meaning veil. Some Linguists say Khimar is the one covering women’s heads. Plural akhmarah, or Khumr, or Khumur, or Khimiri.” (Lisaanul ‘Arab) While the Hijab according to Ibn Katheer is Rida’ (shawl to cover the top) which is worn on khimar.

This is the opinion of Ibn Mas’ud, Ubaidah, Qatadah, Al Hasan Al-Bashri, Sa’id bin Jubair, Ibrahim An-Nakha’i, Atha’ Al-Khurasani, and other than them. And by this definition, the Hijab is like the Interpretation of Izaar today.” (Tafseer Ibn Katheer, 6/481)

Sheikh Ali Jum’ah said: “All scholars agree that it is unlawful for women to reveal their nakedness except the face and palms.

Muslims, both women and men, are obliged to cover their nakedness. Aurat is a shari’a command, it is restricted by shari’a, so no one can Ijtihad here. It will not change the rules even if it changes place and time because it is the decree of Allah Ta’ala.”

Islam hates ignorance so much, because ignorance is the source of doom. If we look at the time of ignorance derived from the word Al-Jahl which means ignorance. Al-Munawi said: “Jahiliyah is the time before the sending of the Prophet Muhammad shallallahu ‘alaihi wa sallam (SAW). They are so named because of their outrageous ignorance.” (Faidhul Qadir, 1/462)

Here is the word of Allah Ta’ala when explaining about Muslim women:

“And stay in your houses, and do not display yourselves like that of the times of ignorance, and perform As-Salat (IqamatasSalat), and give Zakat and obey Allah and His Messenger. Allah wishes only to remove ArRijs (evil deeds and sins, etc.) from you, O members of the family (of the Prophet SAW), and to purify you with a thorough purification..” (Surah Al-Ahzab: 33)

Islam. Which was there first, the Arabs or the Muslims? The answer is certainly Arabs.

The Prophet himself was not the first

Arab. Long before He was born, The Arabs had developed with the culture they had. If the Hijab is said to be Arabic culture, then the Hijab already existed before Islam came. Means Arab women have worn the Hijab before the Prophet ordered it. In fact, women in the Times of Ignorance had not covered their nakedness and did not know the hijab.

In The Times of Ignorance, women were greatly humbled.

And when they menstruate, then know that you are menstruating. After the arrival of Islam, women are not exiled, those who menstruate are only prohibited from praying, fasting. Women were truly glorified during the Islamic period.

“O Prophet! Ask your wives, daughters, and believing women to draw their cloaks over their bodies. In this way it is more likely that they will be recognized ˹as virtuous˺ and not be harassed. And Allah is All-Forgiving, Most Merciful”. (Surah Al-Ahzab: 59) The scholars said when the verse was revealed, the Prophet (pbuh) immediately ordered muslim women to wear the hijab.

Where you Can Hijab in India?

In India there are new few trusted brand there you can buy Hijab & Scarfs Online, But i Personally Recommend Nida Hijabs because they are Premium and Affordable and they are well known for their High-Quality Hijab and Abayas

1. As a form of obedience to the commandments of God and His Messenger.

2. Because opening (showing off) the nakedness and beauty of the body is a form of immorality that brings the wrath of God and His Messenger.

3. Hijab and hijab can dampen various kinds of slander (damage).

4. Not hijab will invite slander for men and can plunge men into sin. Terms of Hijab According to Sharia: 1.

And cover your faces and your hands with it.

2. Do not cause slander. Sometimes people wear headscarves but the clothes and pants are tight. Sometimes women wear Hijab, but subordinates wear jeans and above the ankles.

3. Hijab should not attract the attention of men not mahrams.

4. Hijab should be made of thick cloth and do not show the color of the skin.

5. The Hijab should be loose and does not reveal the shape and curves of the limbs.

6. Hijab should not be used as jewelry.

7. Hijab should have one color, not a variety of colors and motifs. Preferably dark as black.

8. Hijab should not be given perfumes or fragrances because it can cause slander for men.

From Abu Musa Al-Asy’ary that he said, The Prophet (peace and blessings of Allaah be upon him) said:

“A woman who wears fragrances and passes a group of men so that they smell the fragrance she wears, then she is a whore.” I’m sorry, I’m sorry. An-Nasa’i, Abu Daud, Tirmidhi

and Ahmad) Thus the law of wearing the hijab according to the view of sharia. May Allah protect us from all slander and evil. Wallahu A’lam Bish-Showab 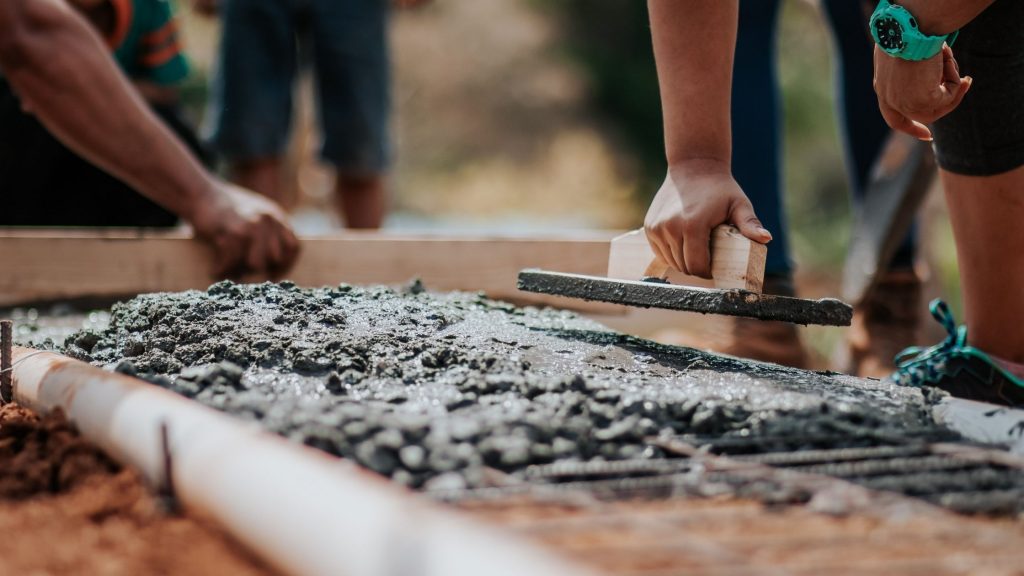